A journey in time

A magnificent restaurant and ballroom for dancing 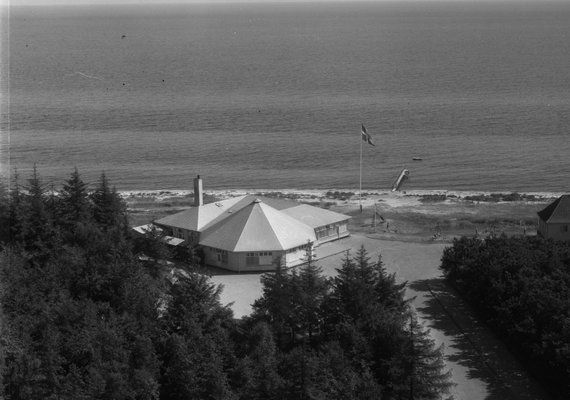 In 1930 the magnificent Skærven opened its doors. The small cottage was at  first, the restaurant, and the beach was much closer to the building before they brought in sand when the big bridge was built.  The second building (ballroom and restaurant) was finished in 1933 and it could serve an impressive 200 people.  At the time the beach was filled with about 4000 people coming from all over Denmark.  There was even a little train stop named Skærven Station that would bring them here. Every Summer, thousands of visitors would swim and relax at the beach, dine at the restaurant and finish off the day with ballroom dancing in the grand dance hall. On Saturdays and Sundays, the ballroom was decorated with roses and a beautiful woman would be awarded the title of “Rose Queen”

Once again Skærven became a restaurant with ballroom music and dancing 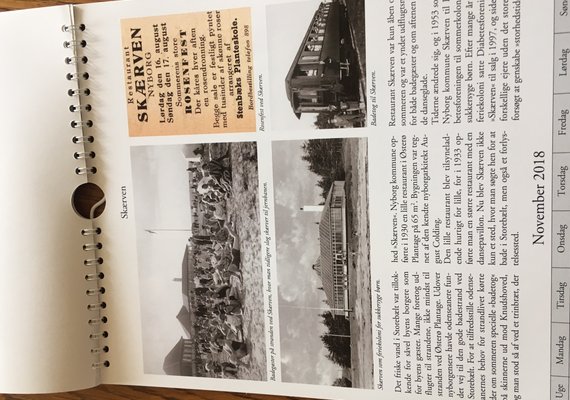 A Summer getaway for children with diabetes 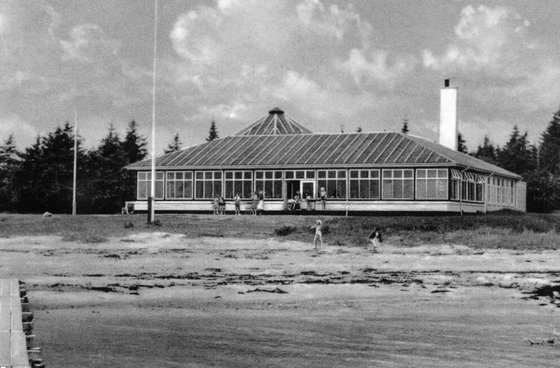 In 1953 the Danish Diabetes Association acquired Skærven.  It was soon converted into a Summer vacation camp for children suffering with diabetes.  They would learn how to eat, control insulin and give themselves injections.  For the following 45 years, children suffering with diabetes all over Denmark, would come to Nyborg for "Summer camp" where they would learn all about their condition and how to manage it properly.

Skærven is now both an international vacation destination and a perfect place to hold an event such as a confirmation, anniversary, business meeting, family gathering, birthday or Christmas Party.  We look forward to welcoming people from Nyborg and around the world, and to making Skærven known as a destination to stay and a place to make lasting memories.

In 1998 the new owners brought Skærven back to its former glory and reintroduced the restaurant, ballroom, live music and dancing.  It was also available for private parties.  The holiday apartments (condominiums) were added a few years later.